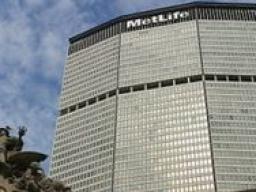 The Met Life Building (formerly The Pan Am Building) is one of the largest commercial office buildings in New York City. It encompasses 59 stories where the tower floors are about an acre each (40,000 sq ft - 46,000 sq. ft.) and several of the base floors are over 100,000 sq. ft. each. This massive office building is home to a number of large law firms due to its excellent location in Midtown and proximity with direct escalator access to Grand Central Station. Additionally the building has a particularly high fenestration ration, with windows on 4 sides so it allows a large number of windowed perimeter offices. Also because the floors are so massive it allows a large firm to keep a lot of employees on a single level in the building or several interconnecting levels.

Law firms in the building include:

The building has ample amenities in the concourse level with direct access from 45th Street as well as from Grand Central Terminal. Taking advantage of the connection to Grand Central and the Subway, the Tenants in 200 Park Avenue can access a significant number of other buildings in the Grand Central area without ever going outside. This includes all of the amenities in the Station itself as well as passages that stretch to 122 East 42nd Street and 60 East 42nd Street to the south, as well as the MTA entrance at 48th Street and Park Avenue.

Restaurants in the building include: Cafe Centro, Naples, Cucina. Connected in Grand Central you've got access to Michael Jordan's, The Campbell Apartment, The Oyster Bar and Vander Bar. Nearby is Bobby Van's and Cipriani with a host of quick food available at Hale and Hearty, ChickPea, Juniors and Shake Shack - as well as a new mixed venue facility in 230 Park on 45th Street as well.

This is the heart of Midtown Manhattan, and anything your business could need is always within a stone's throw.

LAW FIRMS IN THIS BUILDING